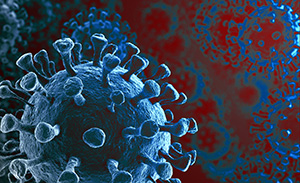 Like other viruses, SARS-CoV-2 changes over time. Most changes have little to no impact on the virus’ properties. Some changes, however, may have an effect on its transmissibility and spread, antigenicity or virulence. This in turn might affect the associated disease severity or the performance of vaccines.
BioCat offers a variety of tools to accelerate critical research and enhance understanding of the biology of SARS-CoV-2 variants.

Choose from our comprehensive collection of SARS-CoV-2 variant recombinant proteins, including recombinant spike protein and nucleocapsid protein mutants from the Alpha, Beta, Gamma and Delta variants, and evaluate the efficacy of antibodies and vaccination.

As potentially more transmissible variants of SARS-CoV-2 emerge, understanding how mutations in the spike protein impact SARS-CoV-2 behavior is critical. SARS-CoV-2 spike protein-pseudotyped lentivirus products generate a specially-packaged variant of standard lentivirus, whereby the commonly used vesicular stomatitis virus envelope glycoprotein G (VSV-G) is replaced by the spike (S) protein, truncated spike protein or spike protein mutants from SARS-CoV-2 variants like Alpha, Beta, Gamma and Delta. As a result, a range of SARS-CoV-2 studies can be conducted under biosafety level 2 conditions, including neutralization assays, studies of virus interactions with host surface proteins, and the development of vaccines and therapeutics.

Designed to efficiently package third-generation lentivectors, the SARS-CoV-2 Spike Protein Pseudotyped Lentivirus Packaging Mixes speed and simplify the preparation of lentiviral particles pseudotyped with the SARS-CoV-2 spike glycoprotein. Replacing the standard VSV-G envelope protein with full-length spike, truncated spike or spike protein mutants from SARS-CoV-2 variants like Alpha, Beta, Gamma and Delta, these packaging mixes consist of three plasmids that produce all of the structural and replication proteins needed to transcribe and package a RNA copy of an expression lentivector into recombinant, “Spike” pseudotyped lentiviral particles. These particles can be used in vitro to infect cultured cells expressing human host factors like ACE2, the receptor for SARS-CoV-2 in multiple tissue types, or in vivo in animal models.

Lentivirus pseudotyping as a custom service is also provided, please contact us for more information.

The SARS-CoV-2 Spike Protein Pseudotyped Lentivirus Packaging Kits are easy to use - simply co-transfect the packaging plasmids and your lentivector construct into lentiviral production cells, isolate pseudoviral particles with an optional concentration step, and conduct your studies.